Last month I was told that Coming to Grips with Genesis has sold over 8,800 copies. Because this book is a defense of biblical authority and the age of the earth, I am convinced that if we are to preserve the foundation for orthodox Christianity this is a must read. However, since I was one of fourteen contributors to it (for more information, click here), I must admit that I may have a little prejudice.

I am attempting to keep track of reviews dealing with Coming to Grips with Genesis. Here are a three reviews.

If you have not purchased Coming to Grips with Genesis, you can purchase it from DBTS’s Online Store.

Last Monday evening in my Biblical Creation class, we looked at our third lesson: “Creation of the Heavens and the Earth.” Until God created the temporary light source to initiate the first day (Gen 1:3), the heavens would have been empty and dark. Undoubtedly, this initial aspect of creation would have included the heavenly sphere surrounding God’s immediate presence. The second aspect of his initial creative activity was the formation of the earth. Like the heavens, the earth was made out of nothing. As such, the creation of the earth would have been supernatural, sudden, and mature. Immediately after the initial formation of the heavens and earth, God created a temporary light source (Gen 1:3) to establish the day-night cycle. This would have unquestionably included the earth rotating on its axis. In addition, Genesis 1:5 defines a day as a period of light-separated-from-darkness. Therefore, this is the first of six day-night cycles that took place in the creation week.

In the creation account, Genesis 1:2 is foundational for the creation week. The remainder of Genesis 1 is God’s progressive forming and filling the formless, empty, and darkened heavens and earth. In progressively dealing with the abiotic earth, “God first creates an environment in a progressive fashion—light, atmosphere and earth, sea and dry land, and vegetation on the dry land—and second, he creates the inhabitants of the environment, again moving progressively—heavenly bodies, creatures more removed from man, animals, and man” (Pipa).

Another item that we dealt with was what happened to the waters lifted above the earth in Genesis 1:6-8. I organized my notes in this section around two issues: the water vapor canopy and the collapse of the water vapor canopy. According to some young-earth creationist, this would have been an invisible, thermal canopy blanketing the earth’s atmosphere. In effect, this canopy would have created a greenhouse effect on the entire pre-flood world that would explain the subtropical climate on the earth, the longevity man’s age before the flood, and a way of explaining how it could rain for forty days and nights. However, a canopy such as this (with as much as 40 inches of water) would have made life on earth impossible. Consequently, many young earth creationists have rejected this canopy hypothesis.

While there are a number of reasons for rejecting this view, a major problem that has contributed to the collapse of this model relates to the expanse created on the second day. If the expanse (raqi‘a) separating the water on the earth from that which is above the earth (Gen 1:6–8), and the sun, moon and stars are part of the expanse (raqi‘a, Gen 1:14–19), then the waters lifted above the earth are beyond the sun, moon, and stars. This is a major problem for the canopy model. At least on a surface level, it looks like the waters lifted beyond the expanse in Genesis 1:6–8 may be alluded to in a post-flood comment in Psalm 148:4: “Praise him, you highest heavens and you waters above the skies.”

Next week, DBTS will be on its winter recess and will return to classes on March 1 at which time I will address “old earth creationism: figurative interpretations of the days of the creation week.”

With this post, I will summarize our biblical creation classes from the first two Monday’s in February.

On February 1, I gave a brief commentary on significant articles and books cited in our 19-page bibliography (pages 100–119 of our syllabus). We also encountered a problem when a bulb in our projector burned out. In this class, we finished covering the last three of five arguments used to support the 24-hour day view (numeric qualifiers and the singular “day,” Scriptural parallels with “day,” and the sequence of events in the creation week and “day”). We concluded the class by initially looking at the first of four objections to literal creation days. This objection relates to the use of the seventh day (Gen 2:1-3) to argue against the 24-hour day view. If someone can prove that the seventh day is ongoing, then they are in a position to negate the literal substance of the previous six days in the creation week. To rebut this point, I noted that there is a twofold significance for the omission of the “evening” and “morning” on the seventh day of Genesis 2:1–3. Initially, the “evening-morning” conclusion is one part of a fivefold structure that Moses uses in shaping the literary fabric for each of the creation days (divine speech, “God said”; fiat, “let there be” or an equivalent; fulfillment, “there was” etc.; evaluation “God saw that it was good,” though it is omitted on day 2; conclusion, “there was evening and there was morning”). The omission of some of the fivefold framework, such as fiat, fulfillment, evening and morning, is because this was not a day on which any creative activity took place. Further, the “evening-morning” conclusion has another rhetorical effect in that it also functions as transition to the following day of creation. This transition is unnecessary on day 7 since creation is complete.

In our class presentation on February 8, we finished looking at our lesson on the nature of creation. We covered two areas: answering objections to literal creation days and four observations from the creation week. About the first area, I concluded looking at the first objection about the seventh day, in Genesis 2:1-3, being an ongoing day. More specifically, we looked at three biblical texts used to support the seventh day being an extended period of time: John 5:17, Psalm 95:7-11, and Hebrews 4:3-11. The second objection focuses on the use of “day” in Genesis 2:4 as supporting that day can refer to an extended period of time and thus undermining the 24-hour day view. The third one relates to two texts connecting “day” with a 1000 years: Psalm 90:4 and 2 Peter 3:8. The fourth objection maintains that too many activities took place on day 6 for it to be a literal day (for my more fully developed response to these objections, see pages 112-22 of my article “A Defense of Literal Days in the Creation Week.” Concerning the second area, we drew four observations from the creation account: God’s creative activities were supernatural, sudden, functionally mature (items such as fruit trees bearing fruit, stars visible from the earth, Adam and Eve as adults, to name a few), and God’s creative activities reflect that He is the self-existent, eternal Creator God (adapted from John C. Whitcomb’s The Early Earth).

With our lesson on February 15, the class objective is to look more precisely at the creation of the heavens and the earth.

As I have defended in the Detroit Baptist Seminary Journal, each day of the creation week was a normal literal day. I treated two of five arguments that support the 24-hour day view: (1) the semantics of the singular use of “day” and (2) “evening” and “morning” as qualifiers of “day.” In reference to the first argument, the Hebrew word translated as “day,” yom is always used of a literal day when it_ appears alone as a singular noun (for an excellent treatment of 24-hour day view, see Gerhard F. Hasel’s “The ‘Days’ of Creation in Genesis 1,” Origins journal 21 [1994]: 5–38. About the second point, the qualifying expression “evening” and “morning,” used with the conclusion of each day of creation week, supports the literal day interpretation. A literal understanding of “day” is consistent with other Old Testament uses of “evening” and “morning.” Further, the general framework for each of the creation days also indicates that “evening” and “morning” are used to describe the completion of each day.

On February 8, I will finish a defense of literal creation day and then answer a number of common objections. 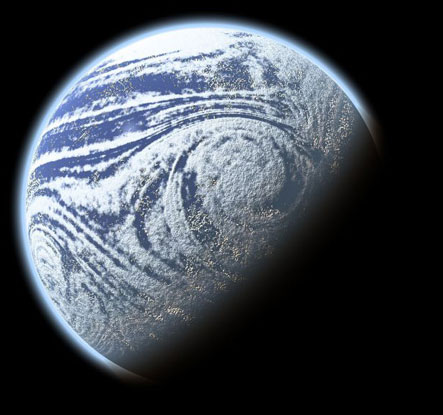 DBTS started the spring semester of 2010 on Monday evening, January 18. One of DBTS’s professors teaches a Monday class each semester. This semester is my turn to teach the Monday night class and I am teaching one of my favorite courses Biblical Creationism.

On January 18, we covered the course requirements and the first five pages of our notes on the class introduction. With the introduction, we looked at four reasons for studying biblical creationism and the content that we will cover in the class. In a nut shell, here is the content I will cover.

If you are interested in looking at the bibliography for this class, you can download it from here.

Are the early chapters of Genesis historically and literally accurate? In the current issue of Acts and Facts, Dr. Andrew A. Snelling, with Answers in Genesis, answers this question affirmatively in “Genesis: Real, Reliable, Historical“: “The Bible never claims to be a textbook on history or science, but if God is who He claims to be, then He has all knowledge and power, and never makes mistakes. Therefore, if the Bible is the Word of God, then it must be truthful, even when it touches upon matters of history and science. Otherwise, this Creator God is a liar. The very character of God requires the first eleven chapters of Genesis to be a trustworthy record.”

Last year I had the privilege of spending a week white water rafting through the Grand Canyon with Dr. Snelling serving as our geological lecturer. Besides being a good scholar, Dr. Snelling is also a diligent Bible student and a godly Christian. I would highly recommend that you read “Genesis: Real, Reliable, Historical.”