Home Biblical Creationism Where did the water come from in Noah’s Flood? 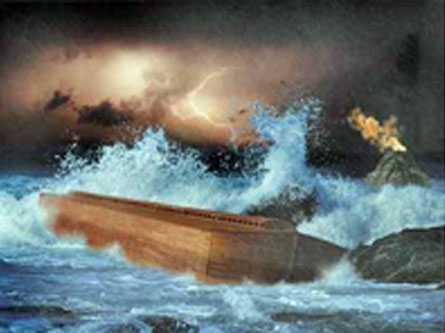 Dating back to my days in seminary, I have been taught and used the water vapor canopy as a model, not as explicit biblical teaching, to explain some aspects of life in the antediluvian world. One of the key issues relates to where did enough water in the earth’s atmosphere come from so that it could rain for forty days and forty nights producing such a global flood that the highest mountains were covered with 20 to 23 feet of water (Gen 7:19-20). To state this issue another way, where did all the water come from in the Noachian Deluge when God opened “the windows of heaven” in Genesis 7:11? The water vapor canopy provides an explanation as to how so much precipitation was in the earth’s atmosphere. But this model also has some inherent difficulties. I was faced with some of these difficulties while writing part one of my framework critique. In doing my research for this article, I did some ancillary reading that raised some additional questions about the viability of the vapor canopy. This issue was brought before me again on my recent white water rafting trip as we had some further discussions about this model. For example, if a vapor canopy has more than 20 inches of water, the greenhouse effect on the earth’s surface would be so great that life would not be sustainable. However, if the vapor canopy only has 20 inches of water, then its value for storing water for the Noachian Deluge seems to be negated. Though the vapor canopy is only a model that explains the environment in the antediluvian world, the issue relates to whether this is the best model. To read an introductory article that lays out some of the issues and presents some problems for the vapor canopy, read
Noah’s Flood – Where did the water come from?” For a more detailed article, read John Woodmorappe’s “Hypercanes: Rainfall Generators During the Flood.”