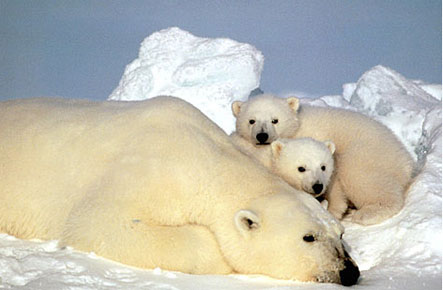 "Why is the government considering polar bears for the endangered species list while their population approaches an all-time high?" A short interview from the online edition of the Wall Street Journal answers this question. Though the issue of global warming has a number of complexities, two items are not complex: the population of polar bears is approaching an all-time high and environmentalists want to rewrite laws to accommodate climate change.

In two previous post, I imply that the issue of global warming is overdone: "Power Line: Headline of the Day" and "Sun, Not Man, Main Cause of Climate Change." As the political climate heats up over this issue, I am still a skeptic. To get a glimpse of the environmental nonsense associated with polar bears and global warming, check out this short interview editorial.

One of the recent creationist websites that I regularly read is Creation on the Web. An article caught my attention last night with its opening paragraph. “A creationist inquirer plays devil???s advocate and asks why we bother with apologetics, or defending the faith, at all, whether presuppositionalist or evidentialist. Dr Jonathan Sarfati responds, pointing out the biblical commands to defend the faith, as well as examples in Scripture. And we show examples of many people coming to faith in Christ after honest questions were answered. Conversely, refusal to answer honest questions helps feed the sceptical claim that Christians really have no answers.” While Dr. Sarfati’s response goes back to 2005, Creation on the Web posted it yesterday and it is still relevant in 2008.

Dr. Sarfati is one of the creationist defenders from whom I have greatly profited. He has been prolific in his defense of young earth creationism, as reflected by his bibliography. On a number of occasions, I have highly recommended his DVD entitled “Arguments Creationists Should NOT Use.” In addition, I use his book Refuting Compromise for a class that I teach on Biblical Creationism. To read his response, click “Why use apologetics for evangelism?“ 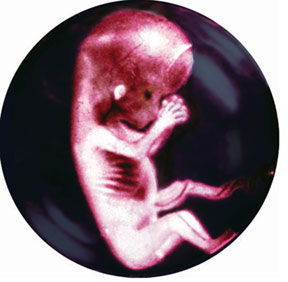 I was glad to see that on Tuesday, an Austrian Supreme Court ruled that “a chimpanzee cannot be declared a person.”

The chimp has quite a facial profile. 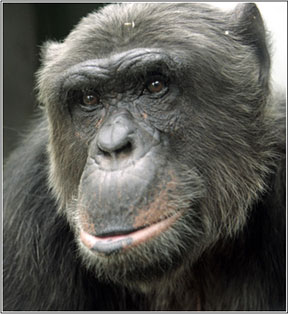 Does he look like anyone from your side of the family or your spouse’s? He most emphatically does not look like anyone on my side of the family or my wife’s? Looking past my cynicism, it appears that this chimpanzee case may have another day in court since the Vienna-based Association Against Animal Factories plans to appeal this case to the European Court of Human Rights. Though this animal-rights group had pragmatic concerns with this court case???not as an attention-getting measure because of any commitment to an evolutionary-based dogma, it, nevertheless, does reflect some level of distortion in the created order (Rom 1:18-25). I am convinced that humanity, as God’s image bearers, especially those redeemed through the blood of Christ, has a stewardship to be concerned about the welfare of their animals (Prov 12:10). However, no matter what the pragmatic concern may be, the distinction between God’s image bearers and chimpanzees is violated whenever anyone seeks to have an animal legally declared as a human being. For more on this story, read
News to Note, January 19, 2008 – Answers in Genesis

How do Bible-believing Christians respond to questions about abortion and ethics? Creation on the Web has posted a response to a letter about these issues. Check out the post “Questions Regarding Abortion and Ethics” by Dr. Jonathan Sarfati.

I read this CNN article today: “Bush drilling plan could threaten polar bears, panel chairman says.” When it comes to oil, you can see why we are under the control of other countries. Democrats put Polar Bears before our country’s security.

This is such a sad commentary on our political milieu that it made Power Line’s Headline of the Day. John Hinderaker’s post summarizes the issues well: “This is what happens when committee chairmen are all Democrats. National security? Ho-hum. The economy? Who cares? Polar bears? Now, there’s a crisis!” Don’t miss reading this brief post.

Creation on the Web has recently posted an interesting interview with Christian surgeon, Dr. Vij Sodera. This interview was initially done by Philip Bell and Tim Matthews, and appeared in the magazine Creation (29 [December 2006]: 52???54).

Dr. Sodera was born in India and has resided in England since he was four years old. He went to school at St Clement Danes Grammar School in London, while gaining major scholastic awards for academic achievement and art, and he graduated with distinction in chemistry from Sheffield University Medical School in 1975. In 1981 Dr. Sodera became a Fellow of the Royal College of Surgeons of Edinburgh. For 19 years he was in charge of a Minor Injuries Department in West Sussex and has run, since 1987, his own private Minor Surgery clinic, “The White Lodge Clinic.” He has also written a formidable book, One Small Speck to Man: the Evolution Myth (Vija Sodera Productions, 2003).

The Surgeon’s mission is “to make the evolution myth extinct.” As Bell and Matthews continue their interview, they note that the subtitle of his book the Evolution Myth implies “that evolutionists believe something that they cannot prove???and more importantly, something that is not supported by the evidence. In Dr. Sodera’s own words: “I wanted to produce a book that was full of scientific, logical arguments coupled with plenty of images to challenge the reader. True scientists should look at all the evidence???even the evidence they don???t like???and accept what it points to. Of course, if people choose to willfully reject God, then it doesn???t matter how much they know???there will be a fatal void in their thinking.”

To read this intriguing interview with Dr. Sodera, click Surgeon with a Mission.” 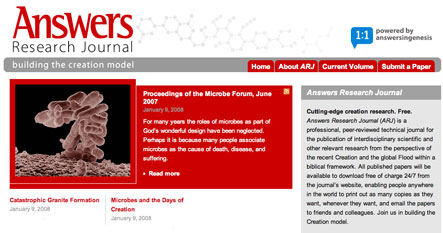 Answers in Genesis has recently started a new website exhibiting their online technical journal, Answers Research Journal. “ARJ is a professional, peer-reviewed technical journal for the publication of interdisciplinary scientific and other relevant research from the perspective of the recent Creation and the global Flood within a biblical framework.”