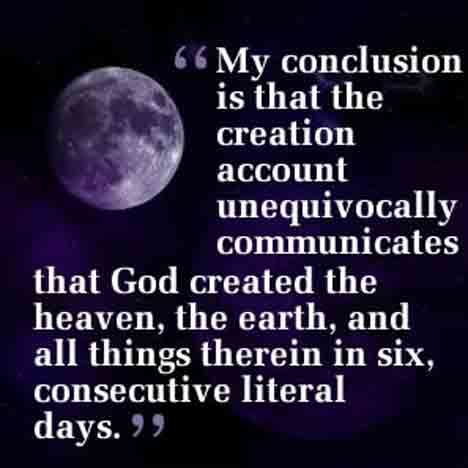 On Friday, March 20, I began a three-part series at Sharper Iron defending the 24-hour day interpretation of the creation account. As I noted in my first part, because the tradition of Christian orthodoxy has a legacy of interpreting Genesis as a historic narrative, the prevailing interpretation of Genesis 1:1–2:3 has been that it is a record of God’s creative activity in six, consecutive, literal days followed by a literal seventh day of rest. The point of my first post was to provide a fourfold biblical justification for the 24-hour day interpretation of the creation account.

With my second post that is posted today, I note four of the most prominent alternative views that have arisen largely as a result of the advent of modern geology and its claims about the (old) age of the earth.
To read this second post, go to “An Apologia for the 24-Hour Day View in the Creation Account (Part 2).“